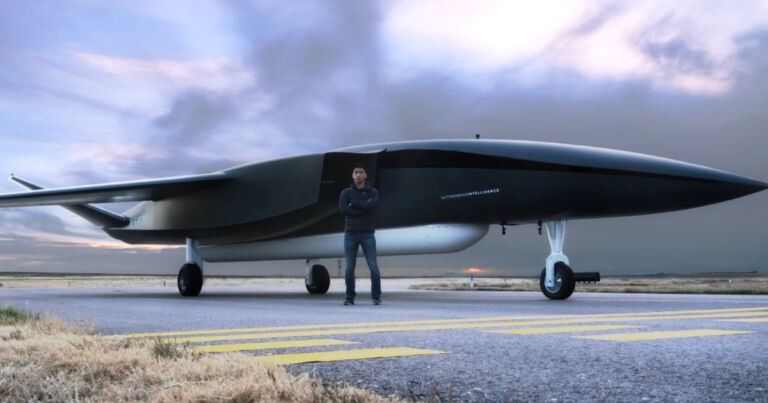 The Ravn X Autonomous Launch Vehicle is a mammoth 80-foot aircraft with a wingspan of 60 feet. The 18 feet tall behemoth weighs in at 55,000 pounds, which makes it the world’s largest Unmanned Aircraft by mass, according to The Hill.

The drone takes off and lands like a regular aircraft and requires a runway at least one mile in length. Once it’s airborne, the Ravn X is designed to release a small rocket into orbit.

The startup has ambitious goals: it claims the aircraft can launch satellites into space every three hours, seven days a week.

“Through our autonomous technologies, Aevum will shorten the lead time of launches from years to months, and when our customers demand it, minutes,” Jay Skylus, founder and CEO of Aevum, said in a statement. “This is necessary to improve lives on Earth. This is necessary to save lives.”

More on drones: Firefighters Are Using Drones That Drop Fireballs