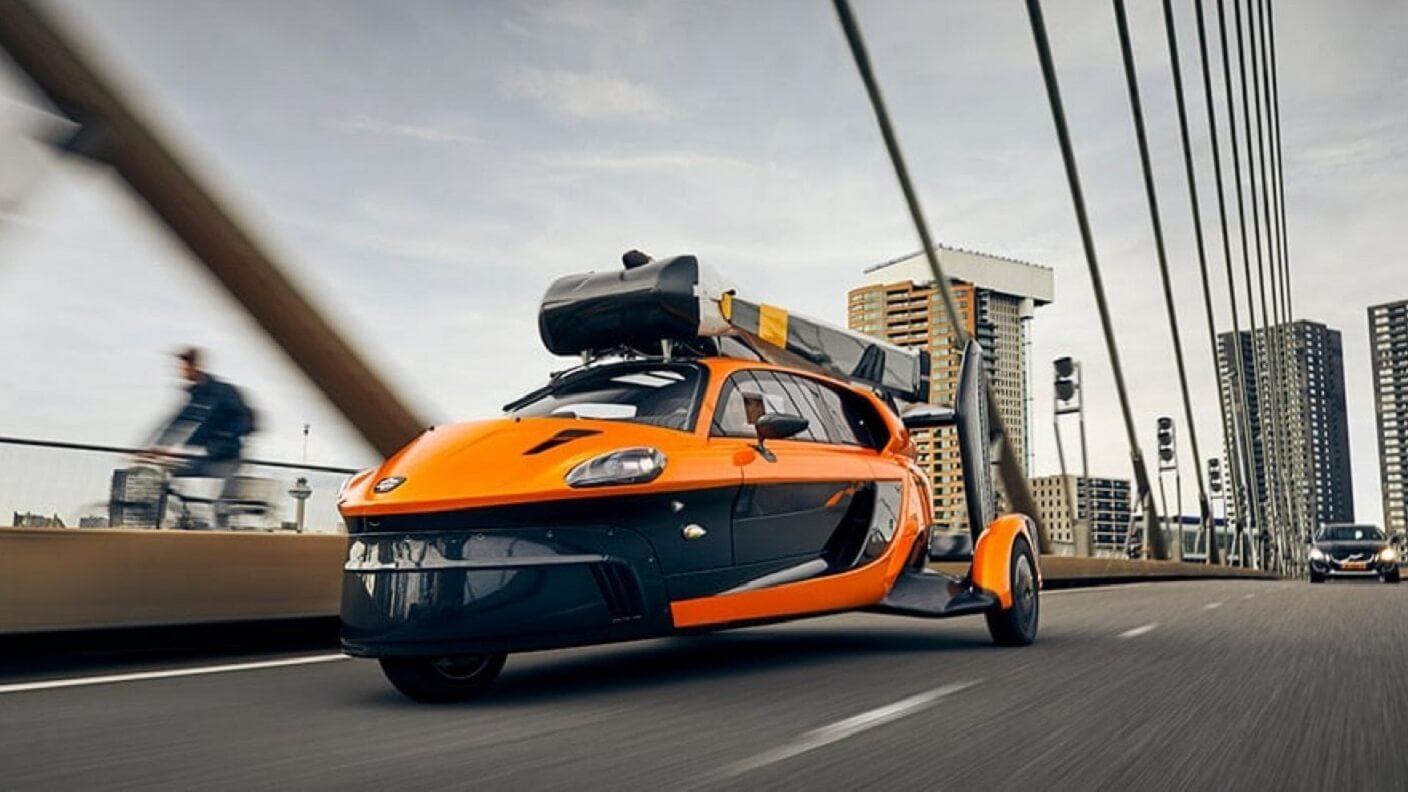 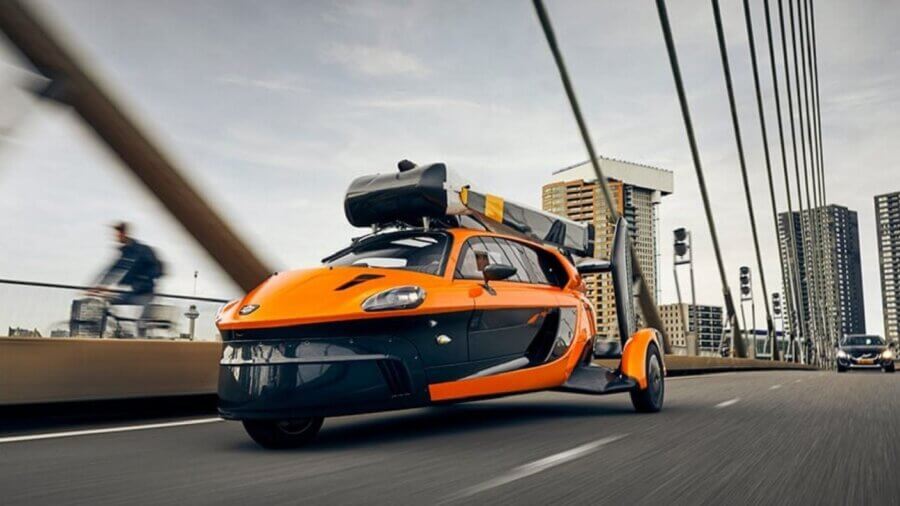 We’ve all had the experience of sitting in bumper-to-bumper traffic with nothing but miles of red taillights ahead, wishing we could somehow break away from the pack and zoom off to our destination traffic-free. Now drivers in the Netherlands are one step closer to making this vision a reality, as a commercial flying car has just been approved for use on roads there.

The car is called the PAL-V Liberty, and it’s made by Dutch company PAL-V. It looks a lot like what you’d probably expect or imagine a flying car to look like: a cross between a small helicopter and a very aerodynamic car (with a foldable propeller on top).

The Liberty is a gyrocopter, which means rotors on top provide lift, but they’re not powered by the engine; a separate propeller engine on the back of the car provides thrust. So while the car can hover like a helicopter, it can’t take off or land vertically. It needs a runway at least 590 feet long for takeoff and 100 feet long for landings.

In driving mode the Liberty can go up to 99 miles per hour, and in flight mode its max speed is 112 miles per hour. For comparison’s sake, the average helicopter can go up to about 160 miles per hour. Switching between flying to driving modes isn’t just a simple matter of extending the rotors or folding them away; it’s a process that takes several minutes. Liberty’s engineers will likely work on streamlining the process in future models.

Speaking of which, big spoiler: the car isn’t allowed to fly yet. That will involve a lot of regulations, clearance from aviation and city commissions, and careful consideration of safety measures, i.e. there will need to be designated areas or even “lanes” in the air that drivers (or maybe they should be called pilots?) have to stick to to avoid colliding with buildings, trees—and other flying cars.

READ  It only takes minutes for Earth to grow gems

There will also need to be regulations about how high the cars can fly; they of course wouldn’t be able to go anywhere near the 30,000-foot cruising altitude of planes, but there’s a big difference between flying 200 feet above the ground versus 1,000 feet above the ground (and everything in between)—and in fact, the Liberty’s maximum operating altitude is listed as 3,500 meters, which is just under 11,500 feet. PAL-V expects to complete its certification with the European Aviation Safety Agency in 2022 (it’s been in the process since 2015).

The first 90 vehicles sold will be the Liberty’s limited edition, called the Pioneer; with a pre-tax price tag of $599,000, it won’t come cheap; that price includes $150,00 worth of options and the model is being marketed as highly personalizable. PAL-V says it hired Italian designers to make the car’s design elegant, and the interior is full leather. The standard, or Sport model, will go on sale next, at a price of $399,000.

However, PAL-V can’t actually start production of the car until it passes quality tests with the Netherlands Vehicle Authority. For now there will be just one of them roaming the streets with an official EU license plate.

In the not-too-distant future, though, we could look up to see the skies abuzz with flying taxis, personal vehicles, and driverless rideshares—and we may even be able to lift off out of traffic to fly straight to our destinations.