Above – Quantum network and physical realization with mobile drone-based nodes. (a) A practical quantum network consists of multinode structure and should provide access for users at any time. (b) If link distance is over the Rayleigh length limit, the beam aperture will be divergent and become larger than the receiver telescope, which inevitably brings loss to the system.

A laser on board one of the 35-kilogram drones created a pair of entangled photons by splitting a single photon with a crystal. One photon was sent directly to a ground station and the other to a second drone a kilometer away via a relay drone.

Motorised devices on each drone moved to ensure that the receivers and transmitters always lined up, and photons were focused and steered through the relay drone by a short piece of fibre-optic cable. The state of each photon was measured at the ground station and the results proved that the photons remained entangled.

Xie hopes that connections of over 300 kilometres can be achieved by more advanced drones at high altitude, free of the distorting influence of pollution and weather, and that smaller, more cost-effective drones could be produced for local connections, perhaps even to moving vehicles. All of these devices could link to satellites for global transmission.

ABSTRACT
Entanglement distribution has been accomplished using a flying drone, and this mobile platform can be generalized for multiple mobile nodes with optical relay among them. Here we develop the first optical relay to reshape the wavefront of photons for their low diffraction loss in free-space transmission. Using two drones, where one distributes the entangled photons and the other serves as relay node, we achieve entanglement distribution with Clauser-Horne-Shimony-Holt at 1 km distance. Key components for entangled source, tracking, and relay are developed with high performance and are lightweight, constructing a scalable airborne system for multinode connection and toward mobile quantum networks. 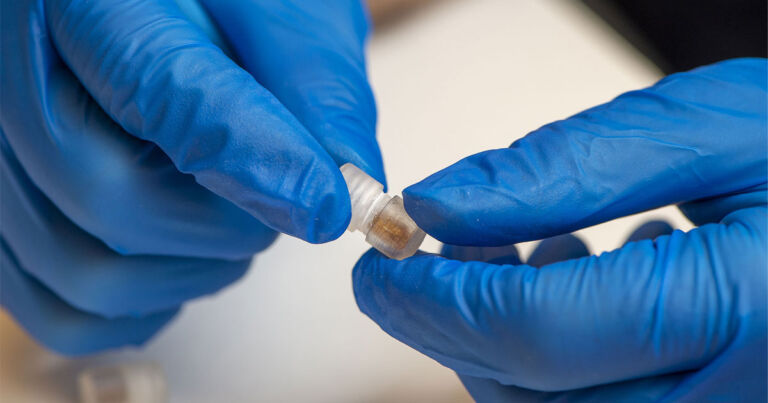