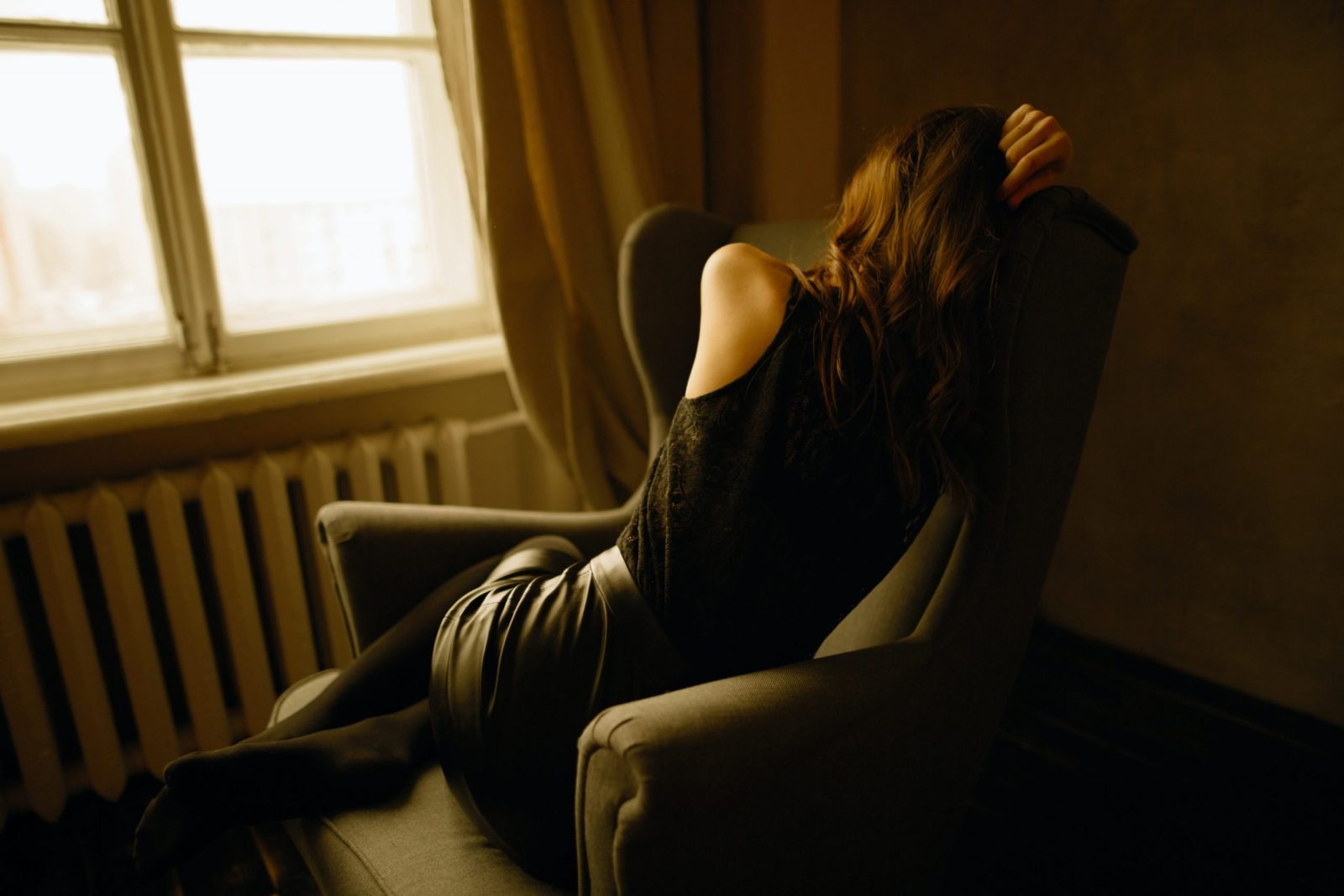 As explained, one of the Spleen’s functions is to ascend things and to hold things up or in place. If your Spleen qi is deficient, it can’t do this and that means that Qi is weak.

‘When Qi is weak, fluids leak‘.

How might you recognise this? Examples of leaking fluids include:

So we’d reached Zong qi, also called essential or gathering qi. It’s reached your chest and picked up air so the body can use it. The body uses it by helping the Lungs and Heart to push Blood and Qi to wherever they are needed in the body. On its way downwards, it gets first to the hands.

So if your hands are often cold, probably your zong qi is deficient. If so, probably one or more of the following are causes of this:

Zong qi also gathers in your vocal cords. You can tell how healthy someone’s zong qi is by listening to his voice. If it’s strong, it suggests good zong qi and healthy lungs.

If it’s unclear, muddled, hesitant, then because your Heart controls your speech, possibly your Heart zang qi is deficient in some way, or not functioning well.

It could also happen because of phlegm, which is garbage left behind when your Spleen was not tidying up very efficiently.

Zong qi also helps your Heart regulate your blood vessels. So signs of weak circulation, including varicose veins, suggest either zong qi is weak, or your Heart is not doing its job.

What does an acupuncturist do if zong qi is weak?

This depends on the training and background of your acupuncturist. If he or she is a 5 Elements acupuncturist, he wouldn’t worry much about weak zong qi, because he expects that his treatment of what is called the ‘causative factor’ will eventually sort it out.

If he’s using TCM theory, he’d have a range of options.

Zong qi now undergoes the last of these formative changes. By interaction from your inherited genetic know-how – your jing-essence (technically called yuan or ‘original’ qi) it becomes one of two different forms:

Nutritive qi (ying qi) – goes inside us to nourish our internal organs and the rest of our body. As such it undergoes further changes, becoming the qi of our individual organs as it passes around and within them. It circulates the Blood and flows along the acupuncture channels.

This is the qi that acupuncture treatment manipulates.

So if you present for acupuncture having eaten no breakfast, acupuncture won’t work so well.

And please don’t gulp down a coffee just before your treatment as coffee has precious little nutrition in it. If coffee does make you feel better it will have yanked a bit of yang energy out of  your yin reserves, so you will probably already be mildly yin deficient as you walk in for the treatment! Read coffee for more on this!

Before acupuncture, make sure to have some food in you!

Please! Before acupuncture, make sure you have some good food in you to provide enough nutritive-ying qi for acupuncture to work with.

Defensive qi – wei qi – goes to the outside of your body to protect it. Because it is on the outside, it is yang in relation to nutritive (ying) qi which is on the inside: yin. The theory says it circulates under the skin and between the muscles.

It protects you mainly against external factors described by Chinese medicine as:

Your Lung energy is mainly in charge of this protective Wei Qi. If you often catch colds, probably your Lungs and/or Wei qi are weak. However, that’s not quite all, because your Kidney Yang qi also supports your Wei qi. If your Kidney yang is weak, that also weakens your Wei qi.

When, in the early stages of an infection, you sneeze, that’s your Kidney Yang supplying your Lung qi with the energy to eject the invader.

Don’t suppress that sneeze! It’s designed to put the bug outside you, not inside you!

The Mechanism of Qi

Another important way the Chinese understood Qi was by the six actions in the body it performs.

You’ve read about some of them already, such as

The three other functions are:

All of which your Spleen does!

Of course Qi also protects you when you are wounded.

(Bit of  pernickety stuff! Of course it’s the reaction of your body that produces the symptoms, not the wind or cold etc. It is the way your internally generated defensive energy reacts to the external stimulus that shows how your qi is working.)

How is Qi made? As we saw, it starts with food which after Spleen involvement and input from jing essence (which is controlled by Kidney yang) rises to the Lungs and becomes True or Zhen qi.

So deficient defensive wei qi happens when one or more of the following occur: 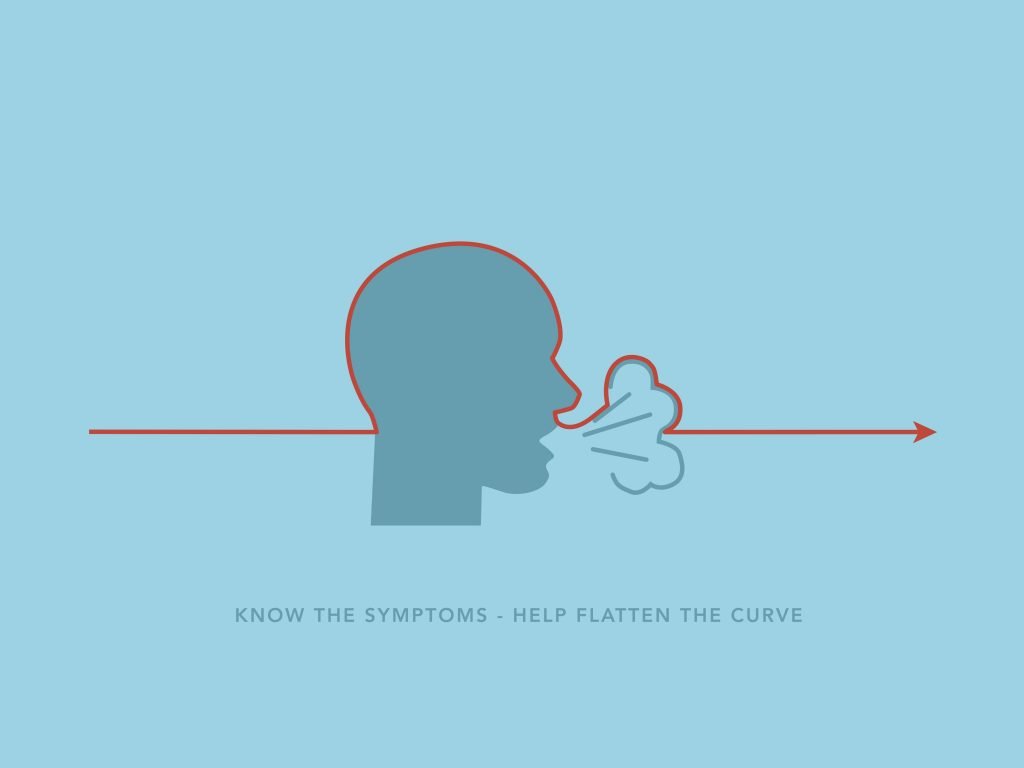 Putting all this together let’s list the various functions performed by qi:

However, it is more complicated than even that, because although the main functions above relating to movement are upwards, yangwards one might say, one function of Lung qi is to descend qi towards the Kidneys, which later raise it up again.

Equally, qi can stagnate – as in qi stagnation. You get that when stressed and under pressure to do something that may be impossible or for which you haven’t developed resilience. (There’s a lot to be said for experiencing what it’s like to fail important exams a few times. You learn resilience, not to be over-sensitive, and it helps you to develop a sense of humour!)

Some typical questions about qi and tiredness

Loss of Appetite and Tiredness

The main cause of loss of appetite and tiredness from not eating enough, is Stomach Qi Deficiency.

Then, because you aren’t eating enough, you get tired.

What Causes Tiredness? ie what are Tiredness Causes? 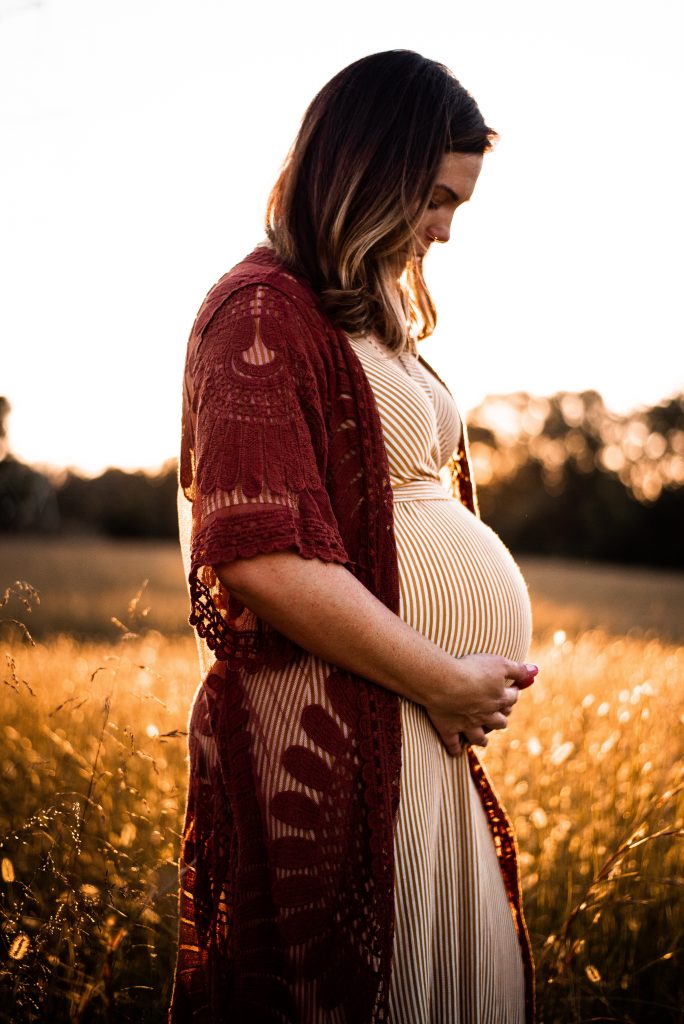 Tiredness in pregnancy has different causes depending on the stage of pregnancy reached.

In the early months possible causes include:

If you get tired after eating, fundamentally you will have some kind of pre-existing qi deficiency. This could take several forms. For example:

Shortness of Breath and Tiredness – often due to anaemia tiredness

As with Western medicine, one suspects anaemia. This – in Western medicine – comes from deficiency or shortness of red blood cells, the kind that carry oxygen round your body. Chinese medicine doesn’t classify it in quite such specific terms but certainly  the result is similar:

Tiredness from vitamin deficiency occurs mainly when what you eat doesn’t contain the necessary nutrients for health and vitality, or because of poor digestion.

Vitamins for Tiredness and Stress

Stress usually tightens you up, causing Qi Stagnation. On our page on Qi stagnation there is a long list of foods that people find useful for tiredness and stress.

These foods are helpful in reducing the symptoms of stress caused by qi stagnation. They are not specifically for the tiredness it causes. Their aim, like acupuncture or herbal formulae for it, is transformative. If they work, the qi stagnation eases and the tiredness goes. They transform the situation.

For vitamins for tiredness and stress, Western nutritionists suggest B vitamins but they don’t work unless you can absorb them. So take them with food, regularly. 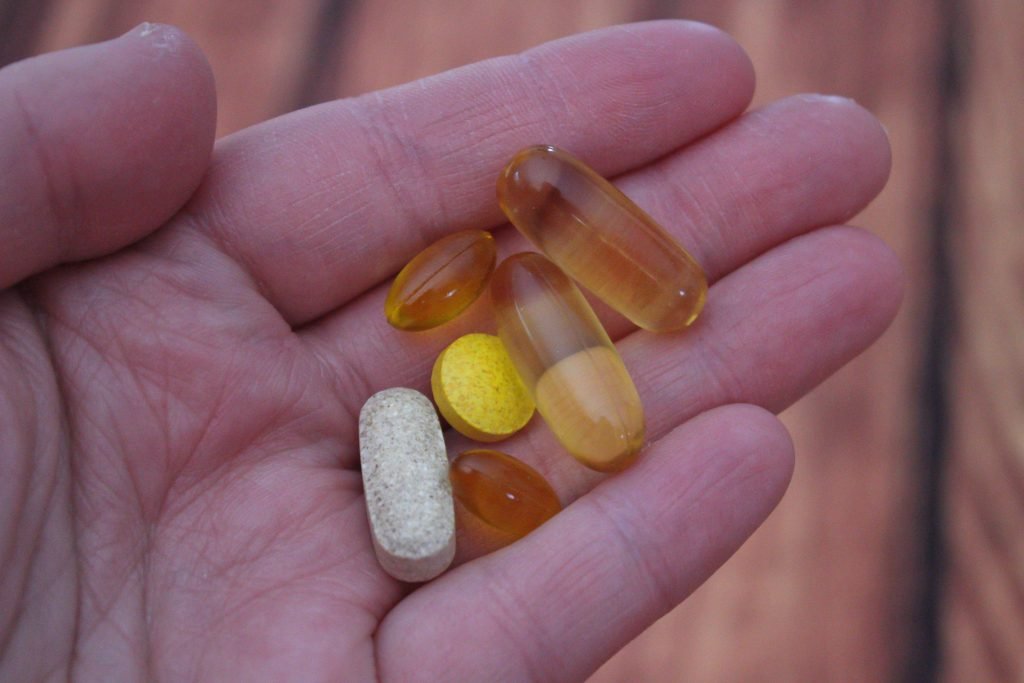 Other nutrients that often deplete from stress include zinc, but really, ongoing shortage of any vitamin or nutrient makes you less resilient and more likely to get ill and stressed.

Eating regularly a good diet, avoiding food when working or driving, (really, these are just good eating habits), reduce stress and tiredness together. And don’t forget exercise, often the best antidote to stress and qi stagnation!

Tiredness as distinct from weakness means a lack of energy and often sleepiness. Most of this page deals with tiredness.

Weakness is different. You might have slept badly but still be able to lift the shopping.

Weakness relates to muscular fragility. You can have weakness even when not tired.

When 13 years old, I was extremely thin (still am) but both the tallest boy in my senior school of 800 boys, and – for a term – the youngest. At home in the holidays I worked on our farm. We used to carry railway sleepers to weigh down plastic sheeting over our silage pit. I could do it for a morning, but for several days afterwards I could hardly get out of bed, whereas the other, mature, farm-workers, continued to finish the silage pit and then get on with other jobs.]

For example, a super-fit weight trainer had an accident to his left arm which continued to feel weak for months even after good physiotherapy. The muscle in question was on his Lung channel. One treatment of Lung 9 on that channel with one extra point on the leg –  Stomach 36, cured him. It took less than two minutes. He couldn’t believe it!

Usually this comes from un-refreshing sleep. If so, read the following pages:

If the fuzziness continues, consider whether it is an excess or deficient condition.

Tiredness from joint pain is different from tiredness with joint pain. The former tiredness disappears when the joint pain goes so it is the pain that produces the apparent tiredness.

Tiredness with joint pain suggests the tiredness precedes the pain or would be present even without the pain. There are many causes of joint pain. Here are several: 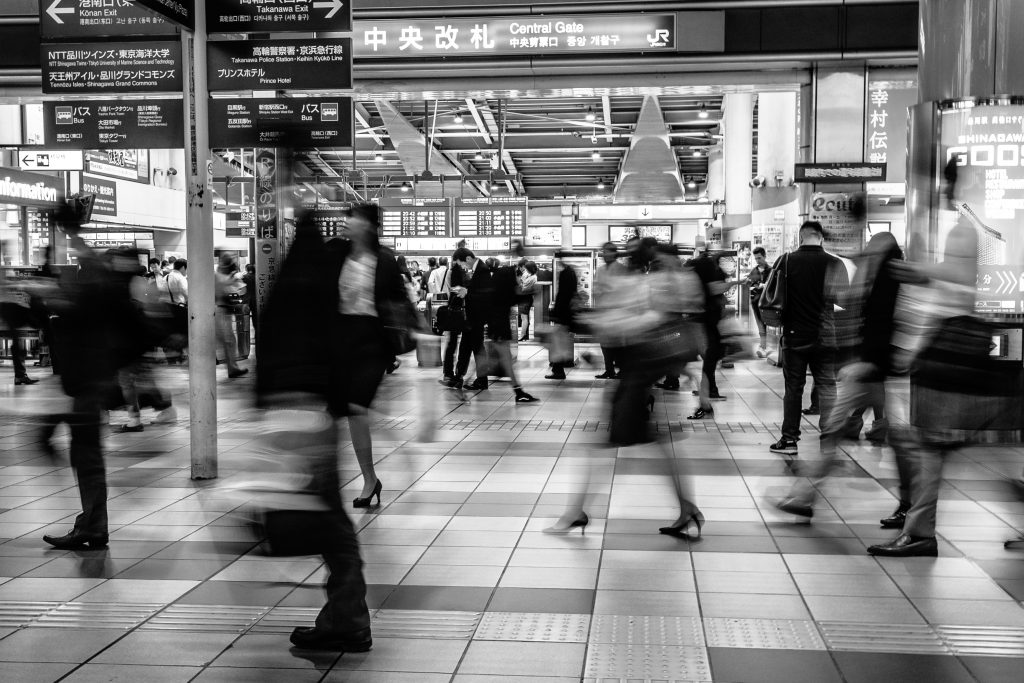 Windy people rush around lots, make a noise, are usually young, often change their intentions or activities, tend to be disruptive. With the best will in the world, they cannot be entirely relied upon. But they are innovative, entrepreneurial, often hard-working and, if you can put up with them, a pleasure to be around. Small children are often ‘windy’: noisy, demanding, requiring constant attention, short attention spans etc. NB The term ‘windy’ as used here does not in any way denote ‘flatulence’ though it does not exclude it.  After all, busy young people often rely on simple dishes like baked beans for nourishment. Beans produce flatus.]

I usually recommend a homoeopathic remedy for this, taken cautiously, because too much or too often makes it worse again! – Rhus Toxicendron 6c, up to three times daily, taken on its own and sucked like a sweet. If there is no improvement after a day, either the remedy or its potency are wrong for you, or perhaps you’re doing something to antidote it. If so consider acupuncture, moxa and herbs. Or get advice from a homeopath.]