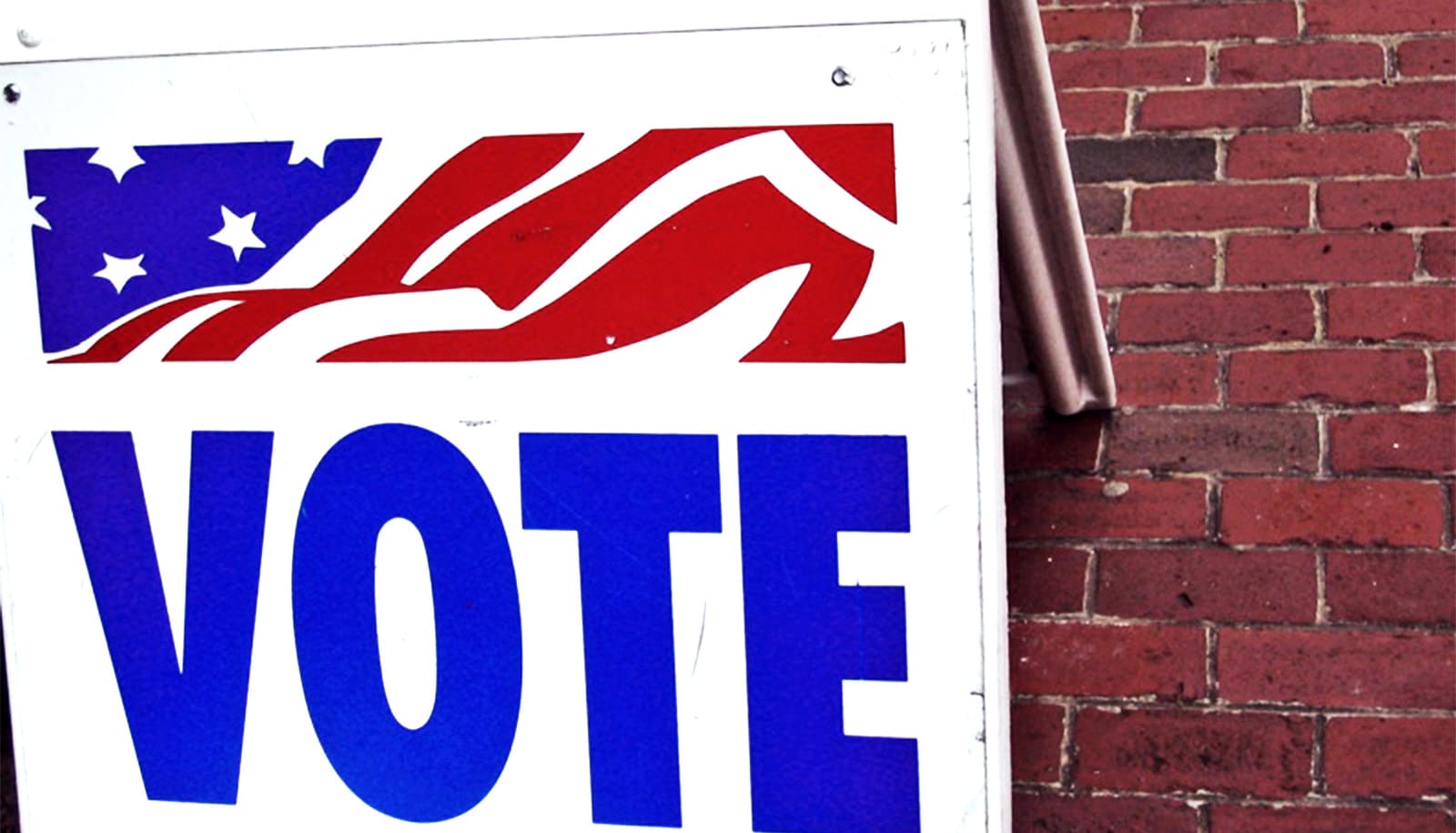 Only a small fraction of US voters are willing to sacrifice their party and policy interests to defend democratic principles, a new study shows.

The findings show that only 3.5% of US voters would cast ballots against their preferred candidates as punishment for undemocratic behavior, such as supporting gerrymandering, disenfranchisement, or press restrictions.

“Our findings show that US voters, regardless of their party affiliation, are willing to forgive undemocratic behavior to achieve their partisan ends and policy goals,” says Milan Svolik, professor of political science at Yale University and coauthor of the study in the American Political Science Review.

Consequences of party over principle

One was an original, nationally representative survey experiment that asked respondents to choose among candidates, some of whom took positions violating key democratic principles. The other was a natural experiment the researchers conducted based on Montana’s 2017 special election for the US House of Representatives, in which Republican candidate Greg Gianforte physically assaulted a journalist who had repeatedly asked him a question about health policy on the night before the election.

In the survey experiment, researchers presented respondents with a series of choices between hypothetical candidates for a state legislature. Candidates were randomly assigned attributes, including race, gender, party affiliation, and positions on economic and social issues.

In four of the scenarios, both candidates adopted democratically neutral positions. In seven others, one of the candidates was randomly assigned an undemocratic position, such as support for gerrymandering or ignoring unfavorable court decisions.

Overall, candidates who embraced an undemocratic position lost about 11.7% of their vote share. This may have been exacerbated by the randomized nature of the experiment, which assigned some hypothetical candidates highly unlikely attributes, such as a Democrat who supports tax cuts for the wealthy.

When the researchers focused on choices respondents were more likely to encounter in the real world because the candidates adopted conventional positions for their respective parties, they found that just 3.5% of respondents would vote against their partisan interests to protect democratic principles.

This reflects the consequences of political polarization, the researchers say: When party and policy are closely aligned, opposing candidates become increasingly ideologically distinct from each other, raising the price that voters must pay to punish their preferred candidate for undemocratic behavior by voting for the other candidate.

In 2016, only about 5% of US House district candidates won their seats by a margin of less than 7%—making the potential loss of 3.5% in vote share unlikely to deter candidates from engaging in undemocratic behavior, the researchers say.

“Our findings suggest that in the overwhelming majority of House districts, a majority-party candidate could get away with openly violating a democratic principle,” says Graham. “Voters make tradeoffs. For the most part, people support candidates who share their partisan, ideological, or policy goals, even if that means condoning undemocratic behavior.”

When Gianforte body-slammed a reporter in his campaign office the night before Montana’s 2017 congressional election, more than half of voters had already cast absentee ballots.

This allowed the researchers to compare votes cast for the same pair of candidates before and after the election-eve assault. In politically moderate precincts, voters who cast ballots on Election Day punished Gianforte for the assault on the journalist by voting across party lines. In hardline Republican precincts, significantly fewer voters punished Gianforte for his undemocratic behavior on Election Day, according to the study.

The researchers assert that their findings expose a blind spot in conventional methods of measuring support for democracy, which often involve asking people questions like: “Democracy may have problems, but it is better than any other form of government. To what extent do you agree or disagree with this statement?”

“Conventional measures don’t capture people’s willingness to act on their commitment to democratic values when doing so is politically costly,” Svolik says.

“If, as we found, only a small percentage of voters are willing to punish undemocratic behavior by their favored candidates in one of the world’s oldest democracies, then we shouldn’t be surprised by voters’ failure to stop aspiring autocrats in younger democracies like Turkey, Hungary, or Venezuela.”

Yale’s Institution for Social and Policy Studies and MacMillan Center for Area and International Studies supported the research.