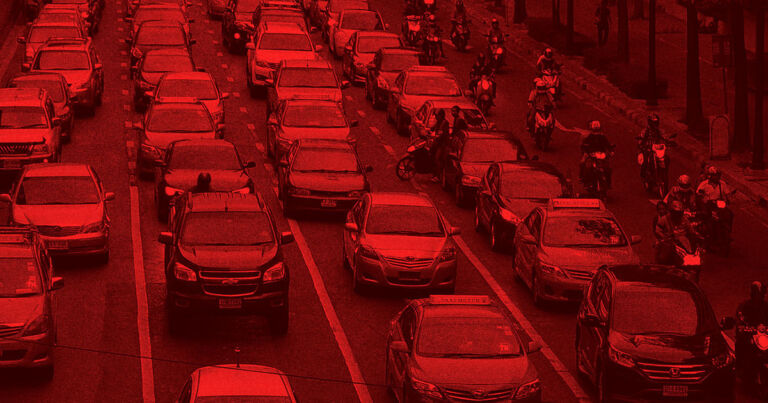 A team of scientists started out with a noble goal: making life more comfortable for monkeys living in a Finnish zoo by letting them control the music for the first time.

But they walked away with a shocking revelation, Agence France-Press reports. Given the choice, the white-faced saki monkeys preferred the sounds of automotive traffic over nature noises and other soundscapes that are soothing, at least from a human perspective.

In the experiment, scientists at Finland’s Aalto University let the monkeys pick what they wanted to listen to from four playlists: traffic noises, nature and falling rain, zen noises, and dance music. Traffic won out, and the animals calmly slept and groomed themselves while traffic noises played .

“We thought they would enjoy more calming sounds, such as zen music, but actually they triggered the traffic sounds more,” Aalto scientist Ilyena Hirskyj-Douglas told AFP.

Zoo research coordinator Kirsi Pynnonen says that the screeching tires might be popular among the monkeys because they actually sound most familiar to them.

“In the wild, these monkeys use high-pitched hissing, squeaking and croaking to stay in contact,” she told AFP.

This unexpected finding, the researchers say, could help guide future monkey accommodations like letting them choose visuals for TV screens or light settings.