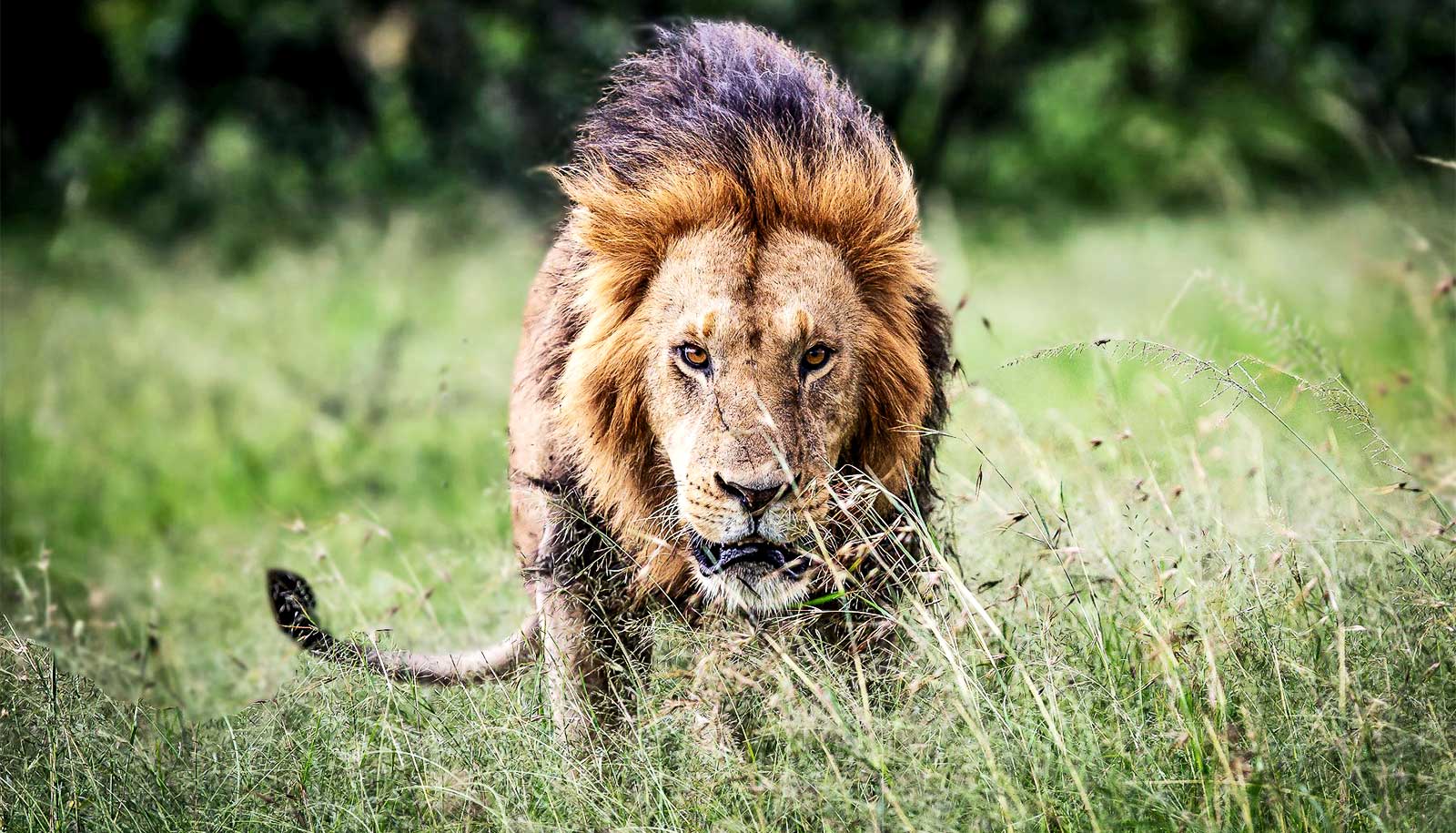 Over the course of only a century, humans have made an observable impact on the genetic diversity of the lion population, a new study shows.

Researchers compared the DNA of lions today to lions from 100 years ago and found unexpected and clear genetic evidence of recent population fragmentation, which is where groups of a species are isolated from each other This fragmentation could ultimately have a long-term impact on the genetic health of the iconic species.

“I was surprised at what we found—surprised and disappointed, because it’s not what I wanted to see,” says James Derr from the Texas A&M College of Veterinary Medicine & Biomedical Sciences (CVMBS).

Derr and Caitlin Curry, also of the CVMBS, began the study with one overarching question—Has the genetic structure of lion populations changed over the last 100 years?

There have been several studies on modern lions, so gathering data for the modern populations was straightforward. Curry pulled together DNA data from three previously published studies on lions that lived between 1990-2012.

The historical populations, against which they wanted to compare the modern lion DNA, provided more of a challenge. Fortunately, scientists have a way to turn back time. As evidence that perhaps everything has a silver lining, the collecting of lions for museums and private collections early in the last century has given scientists a way to analyze the historic genetic makeup of lion populations.

Many of those lion remains still reside, perfectly preserved, in collections around the world. Curry used DNA extracted from bones, teeth, and hides of 143 lions that lived between 1880-1949 to create a historical population data set.

Both population data sets cover the same geographical range from India to Southern Africa where lions are found. Scientists call this type of analysis, comparing data from the same space at different times, a spatiotemporal study.

No room to roam

Researchers have understood for a long time that female lions tend to stay close to the pride in which they’re born, while males travel great distances to find new prides. Therefore, males are almost exclusively responsible for the movement of genes in the population, which helps keep genetic diversity within the species high.

As the human population continues to rapidly grow across Africa and more and more barriers to lion movement, including cities, fences, and farmland, male lions haven’t been able to travel the distances they once could.

What are the consequences?

If lions are still generally genetically healthy today, then why does this matter?

“Over the last 100 years or so, we have restricted the natural movements of many species,” Derr says. “This isolation leads to reduced gene flow and ultimately may result in reducing genetic diversity to a level that threatens the survival of local populations.”

Perhaps the most well-known example of what happens with a lack of genetic diversity is another large cat, the African cheetah.

According to genetic analysis, scientists believe cheetahs have suffered two large bottleneck events, or events that lead to a rapid shrinking of the gene pool. When this happens, it results in the breeding of closely related individuals in the population, or inbreeding, creating very low genetic diversity.

This has led to a current cheetah population that, even in the wild, struggles to fend off new diseases, has difficulty breeding, and faces other significant health problems.

There’s time to avoid that fate for lions, however, especially now that experts have proof that isolation and subdivision has significantly affected their populations.

“With responsible management focused on giving prides enough space to breed and allowing males to move more freely between isolated pockets, it is possible to increase the genetic diversity and reduce population sub-division across lion populations.”

There have been multiple reintroduction programs bringing lions back to areas where they once roamed, and coexistence strategies are increasingly being integrated into wildlife conservation programs.

“The positive take-home message is now that we’ve documented this and we understand it, policies can be tailored to manage these populations differently,” Derr says.

“We know now that you can’t treat all lions the same. Now we have the responsibility to manage these animals, and many other managed wildlife species, in ways that better reflects their current biology.”

The study appears in the journal Molecular Biology and Evolution.