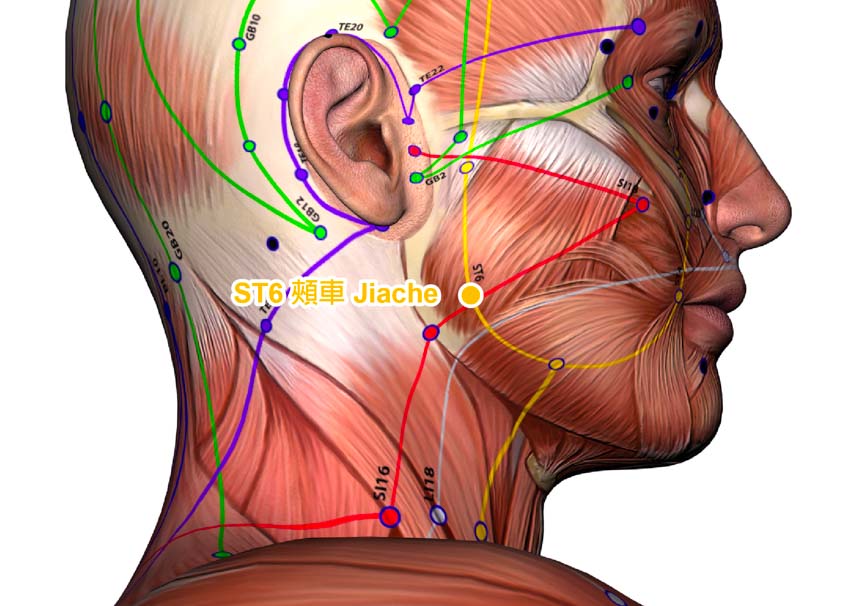 The university researchers (Pan et al.) used the following study design. A total of 60 subjects participated in the study. Patients were from the Dentistry Department of the First Affiliated Hospital of the Hunan University of Traditional Chinese Medicine. Randomization into an acupuncture treatment group and a control group, with 30 subjects in each group, was employed. For control group patients, compound articaine hydrochloride injections were administered before tooth extraction.

Compound articaine hydrochloride injection is a sterile and aqueous solution containing articaine (4%) and epinephrine (1:100,000), both commonly used during dental procedures. The treatment group received only acupuncture. The criteria for the treatment group patients were the following:

The following exclusion criteria were applied:

Treatment commenced with patients in a supine position and at mouth opening. After disinfection of the acupoint sites, a 0.35 mm x 40 mm disposable filiform needle was inserted into each acupoint with a high needle entry speed. For Hegu and Neiting, the needles were twisted, lifted, and thrust for 2 minutes (90 degrees, 180 r/min), after reaching a standard depth and a deqi sensation was obtained. For Xiaguan, Jiache, and Chengjiang, the needles were inserted to a depth of 15–25 mm; next, the needles were manipulated to obtain a deqi sensation. Then, the needles were gently pulled until they reached the subcutaneous tissue. The needles were retained until 10 min after tooth extraction or when there was no obvious pain.

If pain became severe during the operation, the needles at each point were manipulated for 1 minute. If pain was not relieved after manipulation was applied, 0.5 ml of compound articaine hydrochloride injection (identical to that used by the control group) was given. The total time and amount of additional local anesthetic injection should was recorded.

Acupoint Selection
Acupuncture points selected for the study were based on Traditional Chinese Medicine principles. Hegu is the Yuan-source point of the Hand Yangming Large Intestine meridian. In the Sizong Gejue (Song of the Four Command Points), it is noted that “Hegu (LI4) regulates the face and mouth.” In the Zhengjiu Jiayi Jing (Systematized Canon of Acupuncture and Moxibustion), it is noted, “Hegu is indicated for tooth pain.”

For extraction of upper posterior teeth, the following acupuncture points were added:

For extraction of lower frontal teeth, the following acupuncture points were added:

For extraction of lower posterior teeth, the following acupuncture points were added:

Acupuncture needles were inserted into each acupoint with a high speed. After insertion, the needles were lifted, thrust, and twisted to achieve a deqi sensation. The needles were retained until operation completion. Tooth extraction started 5–10 minutes after needle retention.

The primary acupoints used in the investigation were the following:

The researchers cited the ancient historical roots and modern research behind the acupoint protocol used in the study. In Traditional Chinese Medicine, gingival bleeding is caused by instability of meridian qi in the yangming meridians. Hegu is the Yuan-source point of the large intestine meridian. Quchi is the He-sea point of the same meridian. Jiexi is the Jing-river point of the stomach meridian. These three distal points combined with the two local points (Jiache, Xiaguan) drain excessive meridian qi and clear stagnant heat of the yangming meridians. In modern terminology, these Chinese medicine principles correlate to regulating autonomic nervous system outflows and reducing inflammation in the local region.

Kongzui is the Xi-cleft point of the Hand Taiyin Lung meridian. Xi-cleft points are places where qi and blood of the meridians are deeply gathered. According to Traditional Chinese medicine, Xi-cleft points of the Yin meridians are indicated for bleeding diseases, while that of the Yang meridians treat acute diseases. [4] In the Zhenjiu Zisheng Jing (Acupuncture Life-Promoting Canon), which was written in the Song dynasty, it is noted that “Needling Kongzui treats spitting of blood.” Modern research confirms that Kongzui is effective for bleeding control. For example, Liu et al. conclude that acupuncture at Kongzui activates sympathetic nerves to release norepinephrine, leading to contraction of blood vessels. Kongzui also increases the content of thromboxane (a hormone released from platelets) in tissue, thereby enhancing blood coagulation and promoting hemostasis. [5] 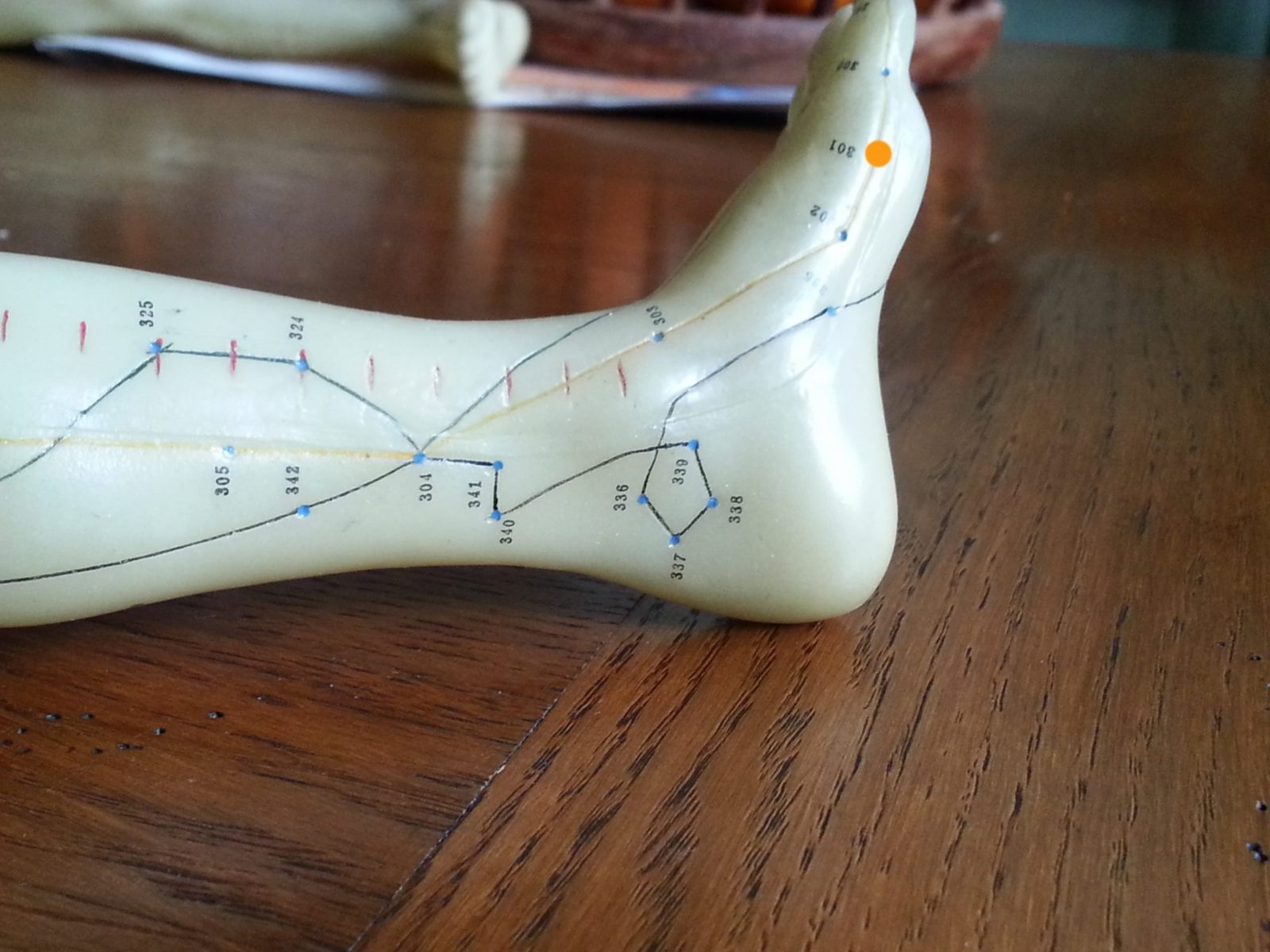 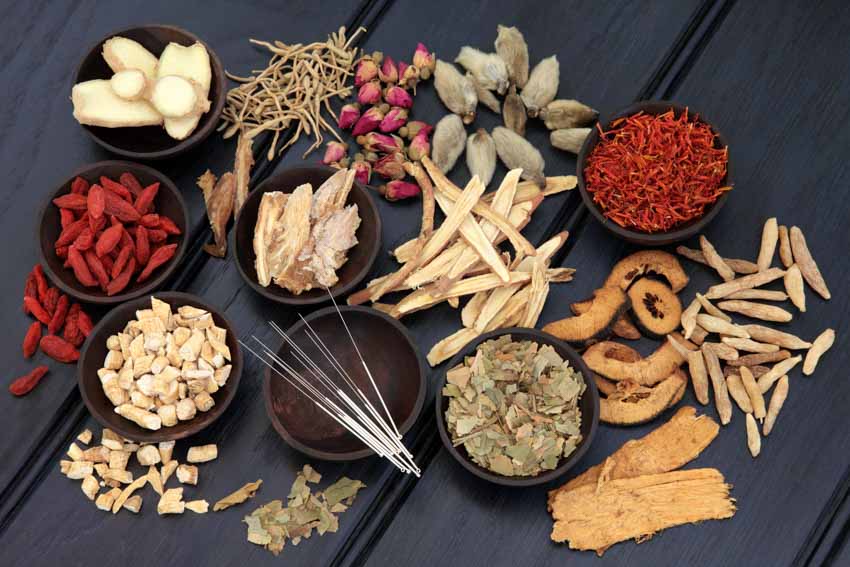