A potential vaccine for multiple sclerosis

A potential mRNA vaccine for multiple sclerosis (MS) has been announced by a collaboration including BioNTech, with a study in mice showing great promise for improving symptoms and stopping disease progression.

A vaccine for multiple sclerosis (MS) may be on the horizon – thanks to BioNTech (co-developer of a recent COVID-19 vaccine), working alongside researchers from Johannes Gutenberg University Mainz (JGUM) in Germany.

MS is a disease in which the insulating covers of nerve cells in the brain and spinal cord are damaged. This occurs when the body’s own immune system malfunctions and attacks healthy tissue or cells. MS disrupts the ability of parts of the nervous system to transmit signals, resulting in a range of physical and mental problems. The disease usually begins between the ages of 20 and 50, with new symptoms either occurring in isolated attacks (relapsing forms) or accumulating over time (progressive forms). Permanent neurological problems often remain – especially as the disease advances – with 2–2.5 million people affected globally. MS itself is rarely fatal, but the life expectancy for people with the disease is typically five to ten years lower than average.

A team from BioNTech and JGUM have just published new preclinical data on a novel approach for treating autoimmune diseases, including MS, which appears in the peer-reviewed journal Science. Their paper describes a non-inflammatory, nucleoside-modified mRNA vaccine and its disease-suppressing effects in mice.

Ugur Sahin, PhD, the CEO of BioNTech, led the research. He and his colleagues hypothesised that an mRNA vaccine could work in a targeted way to help the immune system tolerate specific MS-related proteins, without compromising normal immune function.

They developed a lipid nanoparticle, packed with modified and purified mRNA that encodes disease-related self-antigens that are normally the triggers for an autoimmune response. In their experiments in mice with autoimmune encephalomyelitis (a mouse model for human multiple sclerosis), the researchers found that the vaccine caused antigens to be presented on lymphoid dendritic cells without provoking an inflammatory immune response.

This new antigen tolerance led to the expansion of regulatory T cells that suppressed the autoimmune response and promoted suppression of other T cells that would normally attack proteins in myelin, the insulating sheath around nerve fibres that is destroyed in multiple sclerosis.

In all investigated mouse models, the vaccine was able to prevent symptomatic disease or, in mice with early-stage disease, reduced further disease progression and restored motor functions.

Importantly, the vaccine candidate did not suppress functional immune responses against other, non-myelin antigens (e.g., influenza vaccine antigens), therefore addressing one of the key challenges in autoimmune treatment.

“Overall,” the researchers conclude, “these initial results regarding the immune response together with the flexibility of the mRNA approach to target individual patient antigens indicate the potential of mRNA therapeutics to address highly complex and rare autoimmune disease indications.”

This breakthrough follows the recent success with BioNTech’s COVID-19 vaccine (co-developed with Pfizer) – based on similar mRNA technology – which has shown 95% efficacy. Professor Sahin founded BioNTech in 2008 and had originally planned to use mRNA for cancer immunotherapies, before joining the race to develop a vaccine for the coronavirus. He and his colleagues now believe their mRNA method also holds promise for treating MS and possibly even more complex autoimmune diseases.

The ability for mRNA vaccines to be designed quickly and to code for virtually any autoantigen is being seen as a notable advance in the medical field, with some industry analysts predicting they will open the floodgates for research on infectious diseases.

“I think we are just at the beginning of the mRNA revolution,” said Eric Feigl-Ding, Senior Fellow at the Federation of American Scientists, commenting on the results of this latest study. 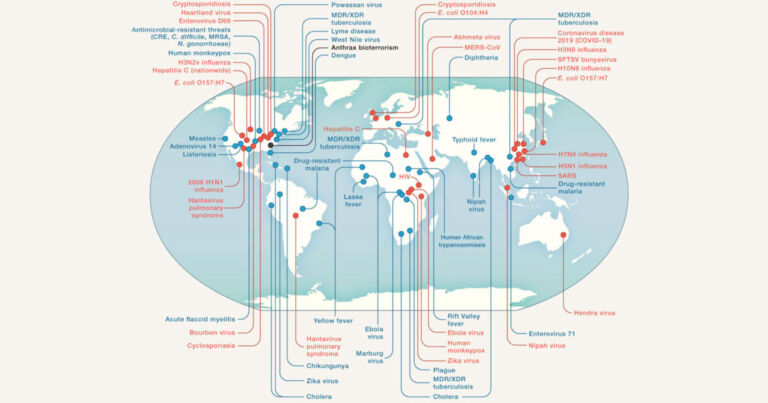