Chinese President Xi Jinping first proposed the Belt and Road Initiative (BRI) in 2013. Its purpose was to strengthen trade, infrastructure and investment links between China and more than 100 other countries spanning Eurasia, Africa, and Oceania.

One of the largest efforts of its kind in history, the BRI would comprise thousands of projects aiming to improve the lives of 4.4 billion people or about 60% of the global population, equal to 40% of the world’s gross domestic product (GDP).

The Chinese government called the initiative “a bid to enhance regional connectivity and embrace a brighter future”. However, some observers viewed it as a push for Chinese dominance in global affairs leading to a China-centered trading network. Having a targeted completion date of 2049,** it would coincide with the 100th anniversary of the People’s Republic of China.

The BRI would have two main components – the Silk Road Economic Belt (SRB) and the Maritime Silk Road (MSR). The former was planned as a series of interconnecting infrastructure corridors passing through countries on the original Silk Road (established in the Han Dynasty) over Central Asia, West Asia, the Middle East and Europe. The Maritime Silk Road, by contrast, would consist of sea-based routes over several contiguous bodies of water: the South China Sea, South Pacific Ocean and wider Indian Ocean area.

Branching outwards from the main backbone of the SRB would be six subdivisions, forming links between major regions and coastlines. Like the tributaries of a major river, these consisted of: a New Eurasian Land Bridge; a China–Mongolia–Russia Corridor; a China–Central Asia–West Asia Corridor; a China–Indochina Peninsula Corridor; a Bangladesh–China–India–Myanmar (BCIM) Corridor; and a China–Pakistan Corridor.*

In addition to the SRB and MSR, Russia and China also worked jointly to build an “Ice Silk Road” along the Northern Sea Route in the Arctic, to facilitate increased resource extraction and cargo deliveries, as well as tourism and scientific opportunities.

China was already a world leader in infrastructure investment during the late 20th and early 21st century. In contrast with a general underinvestment in transport across much of the industrialised world, China had pursued major infrastructure-based development, resulting in engineering and construction expertise and a wide range of projects. The Belt and Road initiative was therefore a natural extension and continuation of this long-term strategy.

Five major priorities were defined for the BRI as a whole:

Over a period of 35 years, China would make several trillion dollars’ worth of investments – in ports, airports, roads, railways (including high-speed routes), bridges and tunnels, as well as power plants and telecommunications networks.* One of the more notable examples included a clean energy “super grid”, consisting of ultra-high voltage electricity networks linking China and much of the Asian continent.

However, while improving the flow of goods, services, people and capital in both developed and developing regions, the BRI programme was also criticised for being a debt burden on poorer countries; a form of neo-colonialism, which could leave them vulnerable to China’s influence. Furthermore, a significant number of the infrastructure projects had proved to be “white elephants”, lying empty and unused for years. The resulting bailouts placed the International Monetary Fund (IMF) under increasing pressure, torn between the competing interests of Washington and Beijing.

Despite these issues, the Belt and Road Initiative proved to be a success, overall – adding significantly to worldwide GDP and further cementing China’s place as the leading global power of the mid-21st century.

The Dead Sea is drying up

The Dead
Sea is a unique geological feature. Located between Israel and Jordan,
it is the lowest point on Earth. With an extremely high content of mineral
salts (20%), over six times greater than any ocean, it is completely
devoid of life, except for extremophile bacteria. The salts are so concentrated
that swimmers can float like corks, without using a life vest. The water
of the sea is also purported to relieve pain and treat several different
skin conditions and arthritis. For these reasons it has been a world
famous tourist attraction.

By 2049, however, the sea has almost vanished. Its main supply of
water – the River Jordan to the north – has seen extensive diversions
for industry, agriculture and domestic use. This has reduced its flow
to just a trickle by the time it reaches the Dead Sea, far from adequate
to replace water lost by evaporation.

For decades,
the Dead Sea had plummeted in depth, compounded by rising
global temperatures accelerating the evaporation of water,
and the growing population in the region. By 2049, little more than a
pond remains. This is despite efforts to divert water from the Mediterranean and nearby Red Sea.* The effects of heat stress on labour capacity have doubled

In the early years of the 21st century, peak summer months of heat stress were cutting human labour capacity to around 90 percent of its full potential. By the middle of the century, this figure has dropped to 80 percent.* Rising global temperatures are now having a major impact on those who work outside, or in hot environments – particularly in mid-latitude and tropical regions like South and East Asia, North America and Australia. This trend has occurred despite heavy reductions in man-made CO2 emissions.

Although robots are now handling many human roles, it nevertheless remains a serious issue for the economy and society in general. Heat stroke, heat exhaustion, heat cramps and other conditions are increasing the risk of accidents and injuries. Many sports and leisure activities are being abandoned due to excess heat and humidity, with people forced to spend more and more time indoors. This has boosted the appeal of virtual reality to replace the physical world. The Boeing 747 is retired

In the 1960s, US airline Pan Am sought to introduce a new and much larger aircraft than any previously operated. Foreseeing the enormous, long-term growth potential of air travel, the company wanted a jet 2½ times the size of the 707 series, to lower seat costs by 30% and to democratise aviation.

Aerospace company Boeing started work on the 747, the first twin aisle airliner, with Pan Am ordering 25 planes. A first flight occurred in February 1969 and it entered service with Pan Am in January 1970; the first plane dubbed a “Jumbo Jet”.

With its huge dimensions, this giant of the skies became an icon of the late 20th century. In addition to being a civilian aircraft, the 747 served as the basis for government and military variants, and experimental testbeds like the Shuttle Carrier. Annual orders peaked in 1990 with 122 new planes. The 747 remained the world’s largest passenger aircraft for 37 years, until the Airbus A380 superjumbo, which had its maiden commercial flight with Singapore Airlines in 2007.

However, major changes began to occur in the industry, which became increasingly apparent during the 21st century. Airline operators gradually shifted their preference away from very large aircraft (VLA) and towards smaller, more fuel-efficient planes with more flexibility and lower upfront costs.

Delta Air Lines retired the last U.S. passenger Boeing 747 in December 2017, after the plane had flown for every major carrier since 1970. While more than 450 remained in service globally by the end of the decade – with Atlas Airlines and British Airways being the largest operators – a growing proportion of 747 orders had gone to freighter, as opposed to passenger variants.

In July 2020, media reports revealed that Boeing intended to end production of the 747 series, after delivery of its 16 outstanding orders. Production of the final aircraft would occur in 2022.* While no longer a mainstay of passenger flights, it remained popular for delivering cargo.* The 747 series had been able to endure about 35,000 pressurisation cycles and flights – up to 165,000 flight hours – before metal fatigue. Given its lifetime of approximately 27 years, this would mean service ending in the late 2040s.* It joins the B-52 Stratofortress, another massive Boeing aircraft, also retired this decade.

New and extremely hi-tech aircraft are now replacing the older generation, with major advances in travel comfort, further improvements in efficiency and a great reduction in journey times.*

The Fukushima disaster is cleaned up

The Fukushima Daiichi nuclear disaster was a catastrophic failure at a Japanese nuclear power station on 11th March 2011,* resulting in a meltdown of three of the plant’s six nuclear reactors. It occurred when the plant was struck by a tsunami triggered by the Tōhoku earthquake. Substantial amounts of radioactive materials began to leak, creating the largest nuclear incident since the Chernobyl disaster in April 1986 and the second (after Chernobyl) to measure Level 7 on the International Nuclear Event Scale.

Although no short term radiation exposure fatalities were reported, some 300,000 people were forced to evacuate the area, nearly 16,000 died in the earthquake and tsunami, and 1,600 deaths resulted from evacuation conditions, such as living in temporary housing and hospital closures. The disaster prompted some countries to re-evaluate their policies on nuclear energy. Germany and Switzerland, for example, abandoned this technology altogether, shutting down their last remaining plants in 2022 and 2034, respectively.

In the wake of the plant meltdowns, a huge cleanup and decommissioning process was initiated. This presented enormous challenges, with massive amounts of radioactive water spilling out – some finding its way into the Pacific (along with debris*) and even reaching as far as the U.S. West Coast.* Methods used to contain this water included a frozen underground barrier, with coolant fed into pipes at -30°C (-22°F). Robots were required in some parts of the facility, as radiation levels were often too high for humans. In 2014, it was estimated that sealing every reactor off would cost tens of billions of dollars, taking 30-40 years. Sure enough, by the end of the 2040s, this operation is finally reaching its conclusion.* 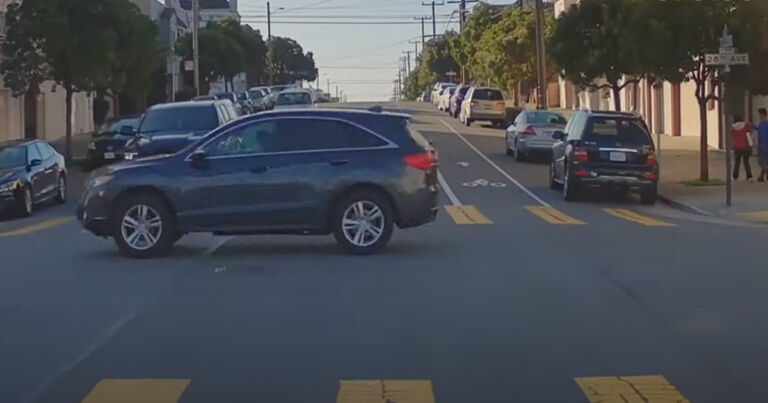